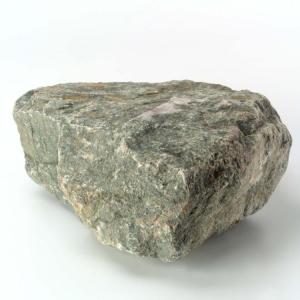 NEO, I have a question. like many of the people on here I have been reading your posts and I have really been thinking about how blessed you are to have gone through what a lot of people try to hold inside and use it as a way to keep other people at a distance. (But) you use what you have gone through to help other people and God is truly going to bless you. I have changed from a loving person who would do anything for anyone into this angry unsure person and I don’t even know who I am any more. I hear what people say about my past and assume that because of who I was with (there is still) negative talk but that person is no longer me but they feel it is. Even though I know I have changed and I know what I need to do, what do you do when the people (church people) who are suppose to help you through are the ones who feel that you should be pushed and pulled and tossed and turned until THEY feel you are what GOD wants you to be? If GOD gave man his power to do what GOD said only he can do, then why did He leave the Bible and the men and women of GOD here too talk to people and let them know that grace is sufficient. If grace was never sufficient what are we here for if repentance is not forgiveness? -CHANTE

MY REPLY: The thing you need to understand first is that religion and faith are two different things. Religion requires a name and a book. Faith requires only a yearning for the wisdom of God and a willingness to accept it. Jesus said I will leave you a comforter- an inner spirit to guide you to all truths. That comforter would not require a book to be made, nor buildings, nor preachers. Man created the religion of Christianity and every other religion in the same way that he once made a golden idol.

Jesus’ teachings were very simple. He said to follow him, not worship him and that he would show the way. When Jesus asked “who do men say I am?”, he was given a religious answer as the disciples compared him to other prophets. But when he said, “but who do you say I am?”, Peter said “thou art the Christ, son of the living God”. And Jesus responded “blessed are you Simon Barjona (little rock) for flesh and blood did not tell this but only my father who is in heaven. And upon this ROCK I will build the church”.

Jesus wasn’t calling himself the rock, he was calling the fact that Peter knew the truth without having to go to a book or a preacher to understand the things of God. Jesus was explaining that this was the beginning of the end of religion and that by seeking and receiving the spirit of God within, there would be no need for preachers, prophets, books, and offerings. But instead of accepting Jesus teachings, we made a Golden Lamb called Christianity and guilt tripped people into following yet another book.

Is there wisdom in what man calls the Bible? Yes indeed. But God speaks in all things; not just in a book man wants to call holy. Is there fulfillment to be gained in going to church? Yes indeed, but that building is not the church. The church is the fellowship between those who seek the truth and share what their spirits have taught them. We are the church even in reading this now. The Salvation Industry has the same goals as the Drug Manufacturers- and it isn’t about you getting well, but about you staying dependent. They have turned the rock Jesus spoke of into religious crack to keep you addicted and under control because religious authority is more powerful than being President.

The evidence of God’s spirit in you is revealed by the very fact that you question the ungodly attitudes of those around you who call themselves Christians trying to be the Holy Spirit for you. Satan is the accuser and James wrote that when God gives you wisdom, it is without criticism. Trust your spirit to guide you to all truths. If you ask me, it’s working pretty damn well without the Amen chorus singing from the peanut gallery. God has set you free. Stay away from those who would want you in a new bondage because they are definitely NOT heaven sent. -NEO BLAQNESS