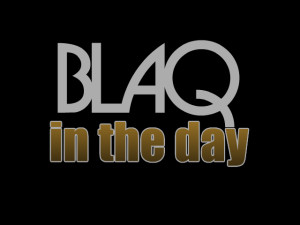 Daddy and his friends were what they called, shade tree mechanics. They loved to tinker with motors of old cars. But as poor black folk, they didn’t have garages and lifts or most of the tools rich white folk had when restoring old cars. Black folk really didn’t do much restoring. Their idea was restorations was just getting the damn thang to start up.

Most of the time if the paint job was messed up, the rust would be bonded over and the car would be driven just like that for years before getting a paint job- if at all.

So you would think that after losing the bet over the ducks (SEE: What The Duck), Dad’s friends would have learned their lesson. I guess they didn’t. Because one day they gathered under the shade tree to change out the engine to a car. They had heavy ropes, chains, and a come-along. A come-along is a portable winch that has a coiled up cable with hooks on either end that allow you to pull on a lever and slowly lift something heavy. The lever locked into place as it rolled in the cable and what was attached to it.

So the idea for the day was to get the heavy rope over the tree branch and then tie it to something secure. Then the men would put the chains around the car engine and connect one end of the come-along to the heavy rope and the other end to the chains. Once this was done, one man could pull the come-along lever while the other men guided the engine up out of the car. Simple right?

Not quite. For you see the only tree with a limb thick enough to hold the weight was pretty tall. It was also too thick to climb with no lower branches to use to pull yourself up unless you had lumberjack shoes and I ain’t never seen no black lumberjacks in the hood.

So here I am in my cut off jean summer shorts wearing my dad’s hand me down belt, so skinny the extra length was almost as long as my scrawny legs- maybe 110 pounds soaking wet watching these grown men try to throw that heavy rope over the tree in the 95 degree heat with humidity so thick it was like breathing water.

They were each teasing each other as the rope fell short. Sweat was rolling down their sun blackened faces until try after try after try there was no more laughter. Just all the men, exhausted, hands on hips, just looking, staring up at that tree.

Someone broke the silence and said “Well damn, we can’t climb it. Sum bitch too high and too big. Guess we betta find another tree.”

There they were staring. Thinking. And just staring at that big ole tree. Until I said “Daddy?”

Daddy said, “Yeah Lil Guy I know it’s hot. You can go in the house and get a soda and bring me one too.”

The others chimed in “Yeah Lil Guy just bring a six pack out.”

I went into uncle Bhudda’s house and came out with the sodas and said “But Daddy that ain’t what I was asking?”

Daddy got irritated, “Dammit Lil Guy can’t you see what we trying to do?”

I said “Yes Daddy and I can get that rope over the tree for you?”

I NEVER heard so many men laugh so hard in my life. Oh my did they laugh. Some even bent over the car holding their belly laughing. Everybody. Everybody but Daddy.

Daddy leaned down to me and said, “Lil Guy, can you get that rope over that tree?”

Daddy stood up straight and hollered over the men laughing “WHAT YALL WANT BET LIL GUY CAN GET THAT ROPE OVER THE TREE?”

Some of the men kept laughing. Those were the NEW guys. But the ones who had been around for a while joined my dad and took money out of their pockets. “I GOT TEN!! I GOT FIVE!! I GOT 20 DOLLARS ON LIL GUY!!”

The other suckers took one look at my scrawny frame and took the bait. Money was laid on the top of the car with a rock on top to keep it from blowing away. Then Daddy proudly looked at me and said “Alright Lil Guy, do your thing.”

“What his Lil butt gone do?” one of the guys said still laughing.

“Hell if I know” Daddy said, “But I know better than to bet against him.”

“Me too”, said one of dad’s oldest friends.

I picked out the biggest fishing rod and tied a heavy sinker onto it. As I walked out of the cellar Daddy just smiled and started laughing. I guess he remembered all the days we would have a contest with him showing me how far he could cast a line. He already knew my plan and said “Stand back!!”

The fishing rod was taller than me so the men were a little scared to see me swing it with the big lead sinker on the end. But with one big thrust, the sinker and the line went over the branch hitting the ground. The men were not laughing anymore. They stood there stunned as I instructed. “Ok now tie the sinker end to the end of the rope so I can reel it over but lift the rope so the weight don’t break the string and we can get this over the branch.”

The men followed their orders as I began to reel in the line, pulling the rope over the tree. They tied the rope to the come-along and then the come-along to the chain connected to the engine. Before they got to work, my Daddy stood in front of them and handed me half the money. It was the last day they ever laughed at me again.