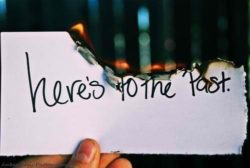 Some time about a month ago I got an email from someone with the subject line So Are You… and then inside simply asking …still mad at me?

I had to chuckle inside because it is amazing the degree to which people will assume, in their own minds, that something is worth someone’s continued anger.

But when it is clear to me that it is no longer worth my effort, I walk away- in peace. I learned from being burned before over investing my care in someone beyond their willingness to change for their own good.

Anyone, and I mean, anyone, who claims to truly know me, knows, first and foremost, the rules by which I govern every relationship in my life now. Even my readers know that from the many articles I have written about how I handle situations with friends who get stuck on stupid, and the letters I get, sometimes years later, when they realize how stupid they really were.

FOR NEO’S RULES CLICK HERE: THANKS NEO: Note from an Angel Flying Too Close to The Ground

What tends to happen, more often than not, is a tendency of folks to take kindness for weakness and assume that love and care absolves and insures against accountability for stupidity. That somehow, they are immune. This happens more with my friends who never had real fathers.

My point is, when I make such a decision, I really do not give it a second thought. Jesus said let the dead bury the dead. And as I have stated in many articles, there is a huge difference between ignorance and stupidity. Ignorance is a condition of not knowing but stupidity is a choice. And I do not keep stupid people as friends- especially grown stupid people. I got my hands full enough with the sincerely ignorant who are more deserving and willing to change their situations for the better.

So it will be of little surprise to you the reply I sent below:

“Honestly, when I make a decision, it is not done emotionally but with certainty that it is in my best interest. And I do not generally have any reason to give it further thought, ….and I haven’t- ergo the very reason I was comfortable saying goodbye, and still the reason I can stand by that decision without the slightest twinge of emotional bias other than that I enjoy my peace above all else.

While I respect and have compassion toward the foibles of humanity from which your totally unwarranted words and behavior came, I respect, foremost, my own life and my commitment to never allowing that level of emotional self-delusion from anyone in it again.

It is not worth anger. It is not worth a second thought. As I very well learned the last time I showed too much compassion toward such behavior, it only became a destructive force to all that I am and so now I defend and peaceably walk away. I don’t look back. I will never pay that price for anyone again.

I would respectfully request of you, one last time, not to respond further because I am quite protective of my decisions especially toward those who have no right to infringe upon them once they are made.

I have no malice toward you, but your behavior also resulted in me having zero interest in knowing you further,

Now that was the kind of reply I give to someone whom I discover early in the friendship had issues that I refused to be a victim of. I am even more strict after I have invested and wasted time on friends who have opted to be stupid after ignorance can no longer be used as an excuse.

I am sure there are those who would find my methods too strict. I didn’t expect the Drill Instructor in the Marine Corps to treat me as nice as my kindergarten teacher. That wasn’t his job. And if you spend any time looking over the numerous articles and interactions that comprise this website you will find a consistency and continuity of giving on my part that demands of me sacrifices of time, talent, and treasure that I believe I have every right to defend against abuse- especially passive aggressive emotionalism.

But what I have found, especially when it comes to women as friends, is that a woman tends to hear with her hopes and she sees with her dreams. No matter what you say to her, she will continue to hope you mean something else.

Women may celebrate the works of Maya Angelou when she said that when a person shows you who they are, believe them, but they do not really hear it. For a lot of women, no matter what you show her she will make something appear in her mind to be more meaningful than what it is.

And when you say something she does not want to see or hear or accept, she will compensate for it by saying to herself that you really didn’t mean it, or maybe she can somehow change your mind, or she will, in her mind, just wait until you stop being mad even if what you said was not in anger but a reality she needed to face.

Especially, as I said before, women who were not raised in a relationship with a father do not know how to deal with men who actually say what they mean and mean what they say. And since so many men are raised by single mothers nowadays, the new norm amongst the males she encounters is a feminized self-entitled masculinity that is easily angered when it can’t have its way. These are the kinds of men that women are now used to dealing with so they assume all men to be that way.

Seemingly intelligent and independent women then embrace an enabling oxymoronic feminism which will slave independently only to give all the fruits of her labor to that man who is merely passed on to one female caretaker after another since birth and sees no shame in letting her buy or do everything for him no different than his mama did since he was in diapers, so he sees no problem with her buying his drawls.

Women complain about these men. But these same women keep raising these kinds of men. In the black community especially, it is self-replenishing cycle fueled by doggish unrepentant promiscuity fomenting father-absenteeism underwritten by a welfare system that rewards it. Yet somehow both the educated and welfare woman feel less if not enabled by a man to sustain such a horrid and twisted dichotomy of both needing to take care of a man but wanting to be respected as an independent individual. I have seen this first hand even amongst the most liberal of feminist, an almost sense of uselessness if she is not allowed to enslave herself to a man.

In my previous marriage, I went through great lengths, from the very beginning, to be clear that I am not a traditional male in my expectations of females or relationship structures. I cooked. I cleaned. I did the shopping. Had no problem being gainfully employed and also being with kids even changing diapers and making baby food from scratch, and giving support to help her to advance in her work place. However, from day one, she systematically dismantled it all creating a chaos that forced me from a role of equal partner provider to protector, destroying and catapulting us into a spiraling poverty, placing herself and our family into a bondage that I could not escape and for which I was later blamed.

I was forced into a role I neither sought, nor demanded, was never in my character before, and never has been since. Nothing within my writings have ever even remotely sought to have any human being submit to me. The traditional concept of “wife” is distasteful in my eyes. But what I suffered was the most well woven delusional web a woman had laid since Sampson and Delilah. A costly lesson was well learned. And although it was taught to me by someone with mental health issues, I now steer clear of any warning signs presented by any friends potential or otherwise, male or female, who lack emotional self-discipline. My life cannot afford it anymore no matter how I feel about someone.

It is no different than if a woman spent a decade being physically abused by a man. There are certain traits in a man she will never be able to live with again no matter how slight or seemingly harmless. After such an experience, once any man raises a hand toward her, she is done with him.

I now hold the same sensitivity to a woman’s lack of emotional discipline. It has nothing to do with anger, but self-preservation. I peaceably walk away. But I tenaciously defend if I am followed as if my life depends upon it.

Unfortunately, there are those who possess neither the dignity nor self-worth to move on. I learned already that they cannot be my concern. My focus must remain on the future that matters most to me. At best, they deserve my pity and passing prayer, but never a disturbance of my peace.

From a recent life changing experience that I will share in my next article, you will see why such peace is important, and the impact of not protecting it. That is why I don’t emotionally hold on to things once I make a decision. That is also what faith is for. You pass that burden off of yourself so that the other things your life is meant for, can happen unobstructed.

People will always try to entice you to live in their past. But you have to be wise enough to know there is no future on that path. The most merciful thing you can do, is to blaze a trail forward. Even if they lack the understanding to appreciate it thinking that you have merely walked away, you have still laid a road of progress, for others, if not them, to see, that would not have existed, had you simply stood still, and died there with them as they bury each other.