PART I: I Guess You Wonder Where I’ve Been 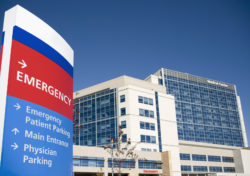 Those of you who have been long time readers of mine, be it online, or in publications, perhaps recall a couple years back when I was hospitalized for a few days. It was my first stay ever in a hospital.

One of the blessings of my life are the deep well of friends I can call on at any time. But the majority will tell you that I stubbornly do not call if I need anything.

I tend to handle what I need alone, or since most of my longest term friends live in other countries or in states from which I have moved, I will ask someone nearest to me before I reach out to them.

Even with that, I literally have to be dead or half dead before I impose upon my friends, which they always fight me about because I am usually the first one there for them before they even think to ask.

Still, it is pretty normal for me to establish a close circle of friends in one place, and then move on once my calling is complete somewhere.  Distance has never defined closeness to me. My deepest closest friends have always been hundreds and thousands of miles away.

I have always been a big believer in the spiritual connections that transcend the physical. My friends can attest to that in the ways I happen to call as my spirit leads me and the numerous times it was at a point of crisis or concern that made them swear I had a camera somewhere watching. But somehow, I just knew.

Like in the Story of B when I knew each time my friend with cancer was hospitalized before she even messaged me. Or my friend Cynthia, when going through a sleep deprived crisis as a sole 24-hour caregiver for her mom and I “happened” to call, or my friend Elisa who was still on my shit list for something she did and I was the last person she thought she would hear from when she was stranded in the middle of nowhere with the sun setting, battery draining from her phone, bank card stolen, and having missed the last train home.

My friends all have these stories in common. That is how deep our connection is regardless of whether we talk each day, once a month or once a year. It is the same with them all. So when they find out, after the fact about something I needed, I catch a lot of grief.

Two years ago when I suffered severe pain from an injury that I had been living with for decades, a former PhD student left his first year responsibilities as a college lecturer to drive me to the hospital. He was relieved by another friend who stayed a few days until I was discharged.  When I wrote about it, I had half a dozen friends ready to buy plane tickets to come shoot me because I never called.

I just chalked it up as the normal way I get on their nerves. However, what happened a little over a month ago was far from normal.

I’ve always known that age would only complicate the issue with my back. And so the hospital stay a few years ago was the warning shot that I took seriously. I changed everything about my work and the amount of strain I put on my body.

I had a friend who was going stir crazy home on disability start coming over to lend me a hand a few days a week. His wife was also happy to see him have something else to set his mind to since she was still working.  I understood his situation because that was the very reason I chose against an operation decades ago that would have left me on disability and I chose to just manage the pain all this time.

I have always believed that God, life, the universe, the creator or whatever force you want to name, places the right people in the right place at the right time. It is then up to us to recognize the calling and embrace it.  When my spirit recognized that my friend was drifting into a state of uselessness, I felt a calling to allow him to help me. I didn’t realize until several conversations and many thanks from his wife how such a simple act of spiritual obedience would change their lives. But, then too, that is normal for me- things I never give a second thought to turn out to be more needed than I realized.

One afternoon- a day that he did not make it over. I began to feel a familiar pain in my back. I knew I had done nothing to aggravate it so I figured I would just take some anti-inflammatory and rest up. By the time I got up a few hours later, the pain was similar to the onslaught that led me to the emergency room a few years prior.

I knew not to chance it. I was warned the last time that I had been only millimeters from emergency back surgery. The nature of the situation was such that the discs could slip into the spinal cord and trigger life threatening signals to my brain and throughout my body.

I immediately placed the call to my friend. His wife answered the phone. Being a professional caregiver and unaccustomed to any sign of distress in my voice, she immediately asked what was wrong. I told her I just needed a ride to the emergency room.

In the less than 15 minutes it took for him to arrive, then pain had increased to the point of barely being  able to walk, to a vomiting blindness. I was 2 seconds from calling 911 when he pulled up. I mustered all the strength I had to manage the few steps to the car. By the time we arrived at the hospital, a wheelchair was needed to get me in.

Since I was already in the system from my last stay, I had a brief interview but the waiting room was packed. My condition began to spiral to a point of dizziness and holding back vomit when I was escalated into triage and expedited to a bed.

By that time every little move was like someone jabbing and twisting a knife into my spine. My friend helplessly sought help from the staff who was stretched thin. I think it is harder for a man to see another man in pain because we know how much pain it actually has to be in order for a man to show it on his face.

His wife called as he nervously described to her the pain I was in, as another friend made aware of the situation arrived and made her way back to where we were. Relieved, they chatted for a few moments and she sent him home. I had forgotten he had not come over that day because of preparation for a family funeral. But for my friends it was their way of showing they could be there for me and I was really in no shape to tell them no.

They started me on minor pain meds needing me to stay awake for some scans. I managed through the scans… barely. Afterward they came with the heavy stuff. But this time I knew something was wrong. During my last hospital stay, the pain medication almost immediately did the trick. This time it was taking longer and nowhere near the effectiveness as before.  I noticed concern all around.

When the scans came back, they indicated a couple of kidney stones. Despite my directing them to the advisements of the orthopedic surgeon from a few years prior, they became fixated on that being the only problem. I think because they were stretched so thin.  They gave me the option to take some pills, a urinal, and a strainer pee cup and see if I could pass them overnight. I said, absolutely not.

They moved me to a room in observation where my condition deteriorated despite the pain mediation. They were still fixated on the problem only being a few kidney stones, while I kept redirecting them to the medical history of the back which I believed helped to mitigate the situation which in return fed into aggravating the back since stones couldn’t easily pass through a urinary tract compressed by an inflamed lower back.

As my kidney began to swell and the pain increased, they came with a battery of tests clearly designed to mix pain assessments with psychological lucidity. After getting consistent answers from me, the final question I was presented with was “Excellent care is…”

And I looked at the nurse through my pain and said “you are talking to a man who has served as an impact and risk analysis consultant to both management and direct care providers and I can tell you emphatically that excellent care entails not only a listening ear, but actually hearing the myriad of ways that a patient is trying to tell you something.”

Her stunned look turned into a smile. She wrote my response in the notes but also on the dry erase board I could see from my bed. After that, everything about the quality of my care changed.

PART II: ON THE DAY I DIED 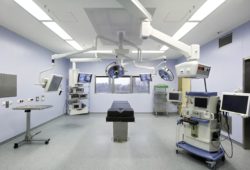