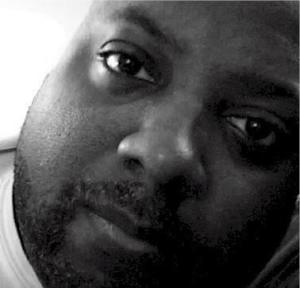 Over the past year I have gotten many letters asking me what it is like being the one with answers for so many people who come to me for advice and how does it affect my life. The hardest part about being who I am is how much I hate being right. In my book EPIPHANY: Lessons from My Middle Aged Clarity I wrote “the difference between a knowledgeable person and a wise person is that a knowledgeable person lives to prove he is right while wise person more often prays he is wrong”.

The gifts that I have been given, while a blessing to others who are ready to receive what I have to offer, have also been a heavy burden to bear because I have had to live a life without the excuse of ignorance. When I sin, it is almost always a conscious choice. Now that may sound like an odd thing to say but for most people, their mistakes are a part of their learning. They can look back at a time in which they did not know something and point to the time in their life when they finally got it.

But what if you are born with knowledge greater than those who are supposed to be raising you? Everyone with something to hide feared me as a child. My mother feared me. The preachers feared me. My black people feared me. White people feared me. Anyone who could not control how I would use my gifts, feared me. And so people looked for any area to criticize and ridicule or tear down in order to make themselves feel not so inadequate. That is how I grew up.

Even my closest friends would actually write down on the calendar the date they would ask me something and the first time I would say I don’t know. Usually I would pretend not to know just to get it over with. I didn’t ask for these gifts. The responsibility that I have to them are enough to drive a sane man mad. My father, now deceased, was the only one who understood this in spite of me not knowing I was not his until adulthood. The discipline I have is because of him. Without it, I would drive my own self crazy.

Sometimes people just want to be wrong… at least for a little while feel like it is ok to feel a way you know you have no business feeling. That is just part of being human. But my friends know they don’t have that chance when they come to me about something. So when they don’t want to be talked out of something, they disappear. They don’t call. And when it explodes in their face they don’t tell me until after the fact but I usually already know what happened even before they tell me. That is how we have learned to live with each other.

But it is not so easy in an intimate relationship where the decisions of someone directly impacts your life. So having me as a relationship partner means them having to learn to live with a burden that has taken me all my life to know how to live with. Eventually, anyone too close to me cracks under the strain and attacks me when they reach a life circumstance where they just don’t want the truth. I can tell you that every single one of my friends have done it at some point. And that is also why even women who would love to be in a relationship with me, think twice once they realize that actually being with me means no longer living under the same level of grace as ordinary friendship.

Living under the guidance and influence of the spirit is not a walk easy to understand even by those who love you the most because we are so conditioned to do and believe things a certain way. The only safety net in my life is the certainty of my walk. Nothing else really matters to me. And that is a great leap of faith to ask of someone who has never walked life in such a manner. Friendship is simply safer. What sustains my friendships is the fact that we recognize and take respectful distances that allows them to be human beings at times when being around me would deny them that luxury. I have heard the Superman jokes all my life. But to whom much is given, much is required. I have had to accept that. Some say I make it look easy. But it certainly is not. -NEO BLAQNESS