A LETTER: What Motivates Neo? 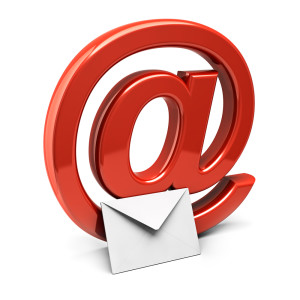 NEO, I just read a post about the blessing you have been to single moms. I am new to your page and to your writing and I just want to say God bless you. I also looked at your website and I see I have a lot of catching up to do. I have been blessed by what I have read so far from you and also from the people who took the time to thank you. I know you probably already answer this somewhere on your website but can you tell me what it is that motivates you to do what you do? I guess I am curious because you really are a different kind of man. -MZ. SHEILA

MY REPLY: I guess it is a combination of things both positive and negative. The first would be my mother. Being the youngest, I was with her the most as she tirelessly sacrificed her time and her body helping the elderly and adopting every child in the neighborhood. Her example shaped my heart inside.

The other is my father. Despite the fact that I was the family secret and not his, his love, adoration, and commitment to me made me the man that I am. Both were imperfect people and also were responsible for pain in my life but as I matured, I learned to see through the eyes of grace and embrace that they each did their best to do despite their shortcomings.

As I actually reached each age that I once criticized them, I gained a better understanding and appreciation of their rights and wrongs and admired what they were still able to do and chose to do my best to improve upon it in my own life.

I guess the other motivation came from my sistahs in the hood whom I always adored but they really did not know how to accept me as a young intellectual black male. I watched them all get pregnant by thugs and drug dealers, who were also my friends. Some of them even tried to have sex with me because they knew I was getting out and wanted to lie and say it was mine.Somehow my spirit always warned me and it never happened. Many of them are generations in the same projects I left.

When my older sister got pregnant in high school, we were the last two still at home with one brother running the streets living off of women. She had work study in her senior year in a nice Navy job that planned to keep her. I took care of my sister all throughout her pregnancy. We went everywhere together. My mom would drop off the food stamps and would be gone with her boyfriend who she later married and my sister and I took care of the apartment in the projects.

People who didn’t know we were related thought I had a baby coming. At the time I didn’t know my father wasn’t my father so I looked more like my mother. But when my sister had the baby, I would come home from school and get the baby from the sitter and take care of him until my sister got home.

My nephew might as well been my son because I was the one who could pretty much get him to do what he was told. When I was married and had kids of my own, I adored them. But I was with a woman who had deeply serious mental issues that I was unaware of, who manipulated every aspect of my life, and in the end, devastated my relationships with my children as a defense against getting help.

That pain was a crucible in my life and shut me down from helping others until single moms in my life who had been taking my advice started asking me to talk to their kids. At the time my own pain made me feel like I had nothing to offer. But as their kids changed from my influence, one of them said to me… “and just think, your kids were blessed with 12 years of you every day. Neo don’t ever doubt the power of the seeds you plant”.

I just broke down and cried for days. Even writing this to you I am very emotional. What I have learned the most is that many misdeeds are done out of immense pain and hopelessness, but also that love covers a multitude of sins. The more I have let go of my pain and placed that energy into love, the more strength I have to make it through each day. -NEO