Fatherhood Stories: My Son Is Getting Married 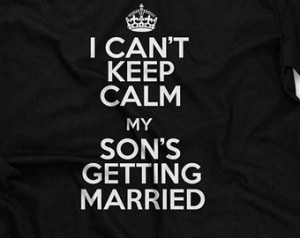 My son is getting married. Oh did I mention he is a big white boy from the south I met shortly after my divorce when I just needed time to find myself? You see I am a dad at heart. When I moved here and wasn’t sure how long I would stay, we became what I thought would be temporary room mates. He was alone and finishing up his PhD still living like an undergraduate but in a home his mother helped him to buy and own. So we met and he was shocked by my speech, thinking on the phone I was some white guy but happy to find out otherwise because he was one of those southern white sons who had a love for everyone.

In no time flat I took off my hat and made myself at home. Me being from Maryland on the Mason Dixon Line, cooking both northern and southern his stomach was feeling fine after years of mac and cheese and pizza, I took over the kitchen but he didn’t mind. In time he would start to seek my advice on everything from clothes to his future wife. Little did I know how much we would become a part of each others’ lives. Me and this big ol white boy from the south. Him and the opinionated black man with the controversial mouth.

I thought at the most, we would only come to be friends. Until that one Thanksgiving. We played host to his family and friends and I did all the cooking. Before his mama left she cornered me in the kitchen. Gave me the sweetest hug I ever felt and said, “thanks for looking out for him”. None of us knew before year’s end, that we would never see her again. I think that was when my friend, became my son. That morning I held him tight just before he was about to make the drive to see her in the hospital but got the call that she was already gone. I guess from that moment, the father in me switched on. And he didn’t seem to mind at all, me butting all up in his business and him being witness to everything that I am.

And every holiday thereafter, students would come from dinner to breakfast because it was the closest to home that they had. It got so bad that even the ones who graduated would fly back here instead of to their families. Oh lawd I prayed I wasn’t being hated. Still it never dawned on me what we had become until a visiting friend joked “I swear that boy is your son”. She noticed he picked up my half eaten plate said “are you finished with this”, and went to his room and ate. And how he explained something one day, in a way that she knew only I would say. She shook her head and said, “as far as making him you might not have been the one, but I swear to God that boy is your son”.

He graduated and became a doctor, and then a professor. And when I saw his love life blooming, it was my cue, time to leave. He knew it. I knew it. My job was complete. He could dress, cook, and clean, and live life responsibly. He thanked me for everything, from swinging the deal on his new car, to all of our heart to heart talks. And I thanked him for all the burdens he helped me to carry.

Several months after my move, my instincts were confirmed. He was getting married. I honestly thought that was it for me and that him. He would go his white way and I would go back to being black again. Over time you get used to white people doing that kind of thing. But when I got sick he was the first at my door. Left the University on bike and helped me walk across the emergency room floor; had his future wife check on me just to be sure while he went back to his class. No finer son than this, can any man ask.

A few Thanksgivings ago I stepped aside to give him space to grow with his future bride. But this past year he wasn’t having any of it. He blew up my phone until I finally gave in. I really didn’t think he needed me there. But for the reception I was given, I wasn’t really prepared. Everyone was waiting and he seemed so glad celebrating Thanksgiving, saving his seat next to “dad”. And so this year my son is getting married., the first of my kids, real and adopted. I wondered if I could get away with not going… but I don’t think he is going to give me any options. LOL. -Neo Blaqness