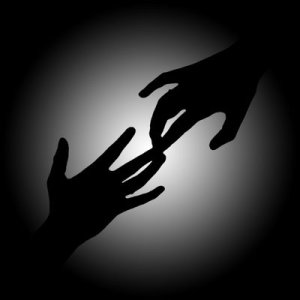 Back in the day, waterfront property was not seen as valuable as it is today. Between the storms and the bugs, such property was left to the working class and the poor while people with money occupied the towns. So a lot of black folk owned waterfront property until attitudes turned and they began to get swindled out of their property through tax schemes and deliberate land mixups they couldn’t afford to fight.

Some places like Carr’s Beach in Annapolis Maryland were where black folks from all over the east coast lined buses and cars for miles up the road to swim, gamble, and hear concerts by artists like James Brown or The Van Dykes who my uncle played sax with for a while. Events were often broadcast by the legendary Hoppy Adams of WANN Radio at a time where small AM stations could be heard many states away. Carr’s Beach was an all black owned enterprise and east coast concert Mecca for black youth of the times. It had its own security provided by George Phelps, a towering black man, who was well known as a head cracker with his baton so order was rarely disrupted.

As with many such places, the next generation of Carr’s sold the beach to white developers for a pittance and they threw up an exclusive beach front community where black folk pretty much only guarded the gates. But that was not the case for some enterprising black folk like my great Uncle “Bhudda”. Born in the last years of the 1800’s, he was an eccentric miser of a man who built homes for many of the wealthy in the Annapolis area. He never had children. He never remarried after his wife of many years passed. And he never spent a dime.

He managed to build several homes for himself which he always sold for cash and would sit at the property with security on hand and count every dollar in the case before signing the house over. He drove the same early 70’s lime green car until keys were finally taken away from him when he fell into dementia. I had the honor of caring for him in his final days. Uncle “Bhudda’s” place on the waterfront was where all the family came from Baltimore and Washington DC areas each warm holiday to picnic. There were horseshoes, a makeshift basketball court, volleyball, swimming, boat rides, water skiing, and always dancing with me at the record player.

How I ended up at that record player is an interesting story. I was too young to swim with the big kids so my dad would sit me in a tiny row boat tied to the pier. I would watch everyone swim. During one picnic my older sister thought she saw a water moccasin and yelled “SNAAAAKE!!!”. There was a rush to get out of the water. And as some also rushed the tiny boat, it tipped, and I was gone. Nobody realized it. I am told that somebody finally said “Lil Guy was in that boat” and screamed up the stairs that led down to the pier for my father.

Meanwhile all I can recall is slowly sinking down to the bottom of the lake as the light faded to a green murky circle. Then something broke through that circle and a hand grabbed me and brought me up. How he knew where I was in that water, to this day, I do not know. I guess just like dad knew crabbing, he knew the water. That event got me stuck behind that record player. Eventually it got me an offer to work at the same place as the retired Hoppy Adams and to meet many of the former legends of Carr’s Beach. Funny that the life that I know came by way of being almost gone. -NEO BLAQNESS