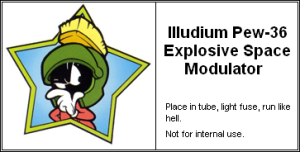 Today I had to laugh looking at a picture of my first born son hardly 6 months old sitting on the floor trying to figure out how to take apart my video camera. All I can say is he got it honest. Back in the 1970s as children living in the hood, my father had this stereo system that was his prized possession. I am pretty sure it was hot because there was no way we could have afforded that thing. Why lie, yall know how the hood work with the door to door department and grocery stores…lol.

Anyway, one day he came home from work and I had that sucker taken apart in a million pieces on the living room floor. I will never forget how cool he was when he got home from work. He stopped, looked, and calmly said “Lil Guy you know I be wanting to listen to my music after my shower and dinner. You think you gone have it back together by then?” I looked up and smiled and said “sure daddy”. So I started to work getting it back together.

Daddy ate the dinner mama saved for him in the oven then he came to the living room. He checked the radio, then the record player, then the 8 track. It all worked. And then he proceeded to take off his belt and wear my black azz out. I got the message. Don’t F*** with daddy sh**. To this day I am amazed that he thought enough not to beat me BEFORE I got it back together. That was a GENIUS move. Lol.

But, curiously, he got the message too. At the time he was working as a custodian at an elementary school on a military base. Each year there were electronics that got broken and they would throw them out instead of fixing them. Dad got permission to start bringing the broken stuff home. Pretty soon I had a little shop in the bedroom I shared with my other brothers. I was hardly 10 at the time fixing record players and reel to reel tape decks and dad was making a killing selling them.

Soon after, my mom’s dad got in on the act giving me old electronic manuals from the Navy. He also had a side Limo service and bought an old junker for spare parts. He paid me a quarter per part to learn how to disassemble that car. Who knows how much money I saved him? By the time I got into junior high school, they gave me the keys to the equipment room and passes to leave class. I fixed everything in the school that plugged in, telling them what parts to buy.

By that time my parents were divorced and I was helping my mama clean offices at a place that trained people how to run Nuclear Power Plants. Her boss let me have some old training manuals. He was fascinated at this little hood negro who picked up on their office computers at a time when no one really had them at home. He gave my mom a loan to get me one.

Later when I gave a report in high school about the difference between the atomic bombs dropped on Japan and the effects of a nuclear power plant melt down like at 3 Mile Island, I had no idea I had studied restricted material. All I can remember is how stunned my teacher and my classmates were when I sat down after my report. That was the beginning of my FBI file I am sure. Lol. But all of those skills ensured that I would never be without a job. As an instructor or a programmer or technician, my ability to work my dreams came from a father who simply cared enough to understand me. Fathers don’t have to be perfect. They sometimes just have to be there. Remember that before you allow your personal issues to ruin the lives of your children. -NEO BLAQNESS