A LETTER: Why Do I Keep Cleaning Up Men Only For Them To Get With Other Women 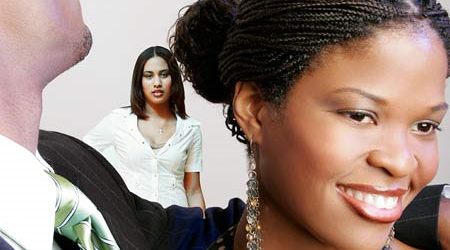 MY ANSWER:
Your question hits home because I have been there myself. You have precious gift called empathy. You can feel where others are and see the potential in them. You are a natural fixer. It brings you joy to build people up. But the thing you have to understand about men is that we still need to feel like men. It isn’t that the help isn’t appreciated and that a woman is wrong for supporting a man in something, but when you take on the role of mothering a grown man, he feels like less than a man and will go and find a woman that makes him feel like a man. That is why the woman he usually leaves you for is either someone who has it less together than you who he can feel like he has something to offer, or someone on the level of where you helped him to get, where he feels equal and not indebted. And you see all the benefits of your work going to another woman.

You may think it is ungrateful and it probably is. But men are very sensitive to being indebted to a woman even if he owes everything to her, the moment he feels like you would ever speak that truth or you get into an argument where you start to list anything you have done for him in anger or with an attitude, you have lost him. Once a woman attacks a man’s ego, it usually is the beginning of the end and sometimes you can do that just by getting romantically involved with a man you have to support. Don’t get me wrong, no man has had success without the support of a woman, but women have lost the art of knowing how to do it while letting men be men. And that is because they have had to raise so many alone and no longer know what it is like to have the balance of male support in their lives and don’t know how to turn the natural mother in them off.

How do I know this? Because I am a man who has inherited my mother’s strong sense of empathy and it has caused me my fair share of heartache in life. Women, on the other hand, when dealing with a man who has it together during a time when they do not, become quite fearful of losing control and, despite the good intentions of a man who is only seeking the best for them, she will fight him as though he is the same as the man who used to abuse her. The problem for the man who has empathy is that he can only allow so much of his life to be affected so he has to be careful when romantically dealing with a woman he also has to build up. This comes across as impatience and registers within the woman as control. So both sides have perception issues in such cases. Of course it differs if you met as equals and something happens after you are together. That kind of support is less threatening. The best advice I can give is to follow your heart when it comes to helping others, but don’t follow it down the aisle with someone you have to help walk down it. -NEO BLAQNESS