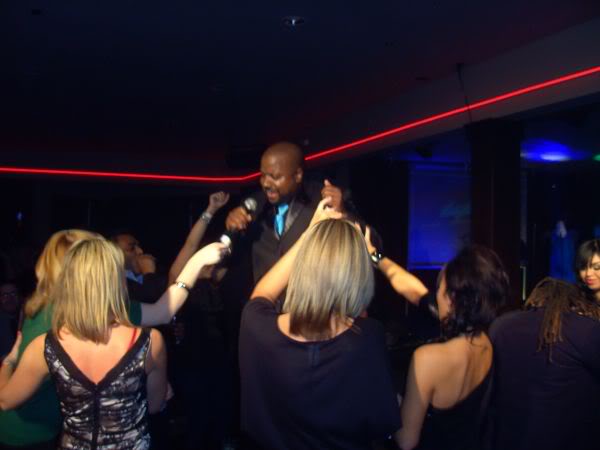 NEO, I am not too proud to admit I would be scared to date somebody like you . I would feel like there is too much competition all the time. -VETTE

MY REPLY: I remember Chris Rock making the joke that even J.J. from Good Times could get any girl he wanted. That was a cold azz joke but it is true. I have never considered myself as a guy that women would chase or taken a woman seriously who approached me after I came off stage. I remember the first time I did a show close to where I live now and it was all over the radio and TV. The same women I saw everywhere for two years prior suddenly stopping and trying to talk or give me a number. That told me everything I needed to know.

There are men who got into music as a way to get girls. They perform all up in women faces. That just isn’t me. I remember a producer telling me why he started hiring me as an opening act. He said those guys do pack more women in, but with me, more tickets were sold to couples because the men felt like I was on their side setting up the romantic mood and the vendors sold more flowers and keepsakes. I was shocked because I thought those flamboyant guys half naked in the women’s faces was what the show was about. Turns out, the shows made more money with me in it.

For me, the spotlight never mattered. I love supporting and writing and opening for and working on studio projects for my big name friends who were crazy enough to want to give so much of their life away for fame. I still don’t know how they do it. Because once you sell yourself out to go there, your ego and the people who only like you when you are on top will make you a slave to it for the rest of your life.

Once your name gets that big you have to basically fake it even after you are no longer on the charts because that is the only way the world wants to know you and the media is just waiting to tear you down if you do one little thing below your status even if you need the money. That is why so many celebrities commit suicide. They have no place to turn without the spotlight being on them.

Ya’ll can’t imagine what it is like to be a household name, everybody knows your songs or your face and your whole world is owed to somebody else because you signed a deal to become big. Michael Jackson, the dayum King of Pop credit was so bad he couldn’t even activate an Iphone in his name. His bodygaurd got it for him and he never got repaid for the bill. They slaved MJ right into the grave and now they making more money off him dead then when he was alive. I got friends who y’all listen to their records and even seen on TV that me and other friends had to scrape our pennies together to help keep afloat so that it didn’t end up another black name being torn down in the news.

That’s why I stay prayerful and humble. Whatever level I go is going to be because those of you who appreciate what I do and felt led to talk about my work to other people. I am not going to sign some piece of paper letting somebody spend millions to promote me so I can be their puppet for the rest of my life. Everybody who likes what I do and buy my stuff is going to be because somebody I personally touched told somebody else. I would rather be in debt to your kindness, than to be a name on somebody’s lips just because somebody paid for you to know who I am. I know that will never make me a rich man, but it will keep me being my own man.

It takes a lot to do what I do because I turn down easy money to stay a free man. That means a lot of what you see is a labor of love and is supported by money I make with other business. It may never pay for itself in financial reward, but I am just trying to pay it forward for the sake of our children’s future. I am usually up 21 out of 24 hours doing what I do. I see sistahs working 2 and 3 jobs to support a PlayStation jackass not trying to do anything with his life who don’t have a clue how blessed he is to have that kind of dedication on his team. If I had 5 years of that, she would never have to work a job again because that kind of woman, to me, has no competition. -NEO