Fatherhood Stories: Watching How You Walk 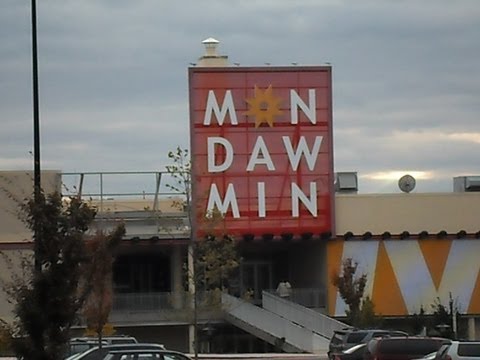 In my younger married days my family and I fell on hard times and had to move to a poorer part of Baltimore City. We struggled to keep food on the table and like most inner city families living in states that wouldn’t let your electricity get turned off in cold weather, we used that rule to survive through the winter, knowing that come spring, we better have that money together or all your stuff was gonna get turned of. That’s why so many black folk run to get those tax return loans so fast after the new year because that bill is a beast after you cooked all those holiday dinners and ran up a winter tab. We did the same thing. It was just part of hood survival. But even with that we struggled to feed ourselves with the other bills we had.

There was a grocery still over by Mondawmin Mall. Of course, being close to the hood, they had their share of shoplifters who would be walking the street trying to sell the meat they stole from under their coat. But what was unique about this particular store was the black manager who had started working at the store as a boy sweeping the floors, then stocking the shelves, then on to the register until ultimately he was put in charge. Despite the fact that people will always steal as part of hood survival, he was respected by the shoppers who had known him for years.

One thing that he allowed at his store that you didn’t see at other stores in the chain was kids waiting outside of the store asking to carry your bags for whatever change you could give them. I admired him for it because everybody else was too scared of being sued if something happened and would run the kids off everywhere else. At different busy stoplights, if I had a little change, I tried to always let the kids with the bucket and squeegees clean my window whenever I could. My oldest boy who wasn’t even 5 years old at the time was even deeper at his age than I was as a child. He noticed everything and knew the struggle we were under.

So one day he went to the grocery store with me when all I had was the change from out of the big empty water cooler jug I’m sure somebody stole out of an office somewhere and gave to us. There was nothing to be embarrassed about at the register counting pennies for food because we had to wait for most of the people in front of us to do the same thing. The manager always waved and smiled to me because I stood out like a sore thumb. He and I were usually the only ones in the store in a shirt and tie unless it was Sunday. That day he happened to be outside gathering up trash when he waved. I gave him the typical hood nod that bruthas give and couldn’t get a hello out before a kid of maybe 7 or 8 and his brother came asking to carry my bags. They were used to most men saying no. Usually only the old ladies would say yes. They were excited when I handed them my keys and the cart and pointed to our car.

As the boys ran off with the cart, my son tapped my leg and said “but daddy we don’t have money to eat. Why are you giving them your money?” And I said “baby we don’t have money, but you got me, and we got God. Most of these kids only got their mama. If they can make money honest then they won’t steal from the store. They won’t go to jail. And they won’t steal from us.” I don’t know how much my son understood but he accepted my answer. The next time I went to the store I had made a little bit more money and could afford to buy enough groceries for a week. When I approached the front of the store the manager waved at me to come over to a register he had just gotten on. He rung up my groceries and when I went to give him the money, he took the money out of his pocket and paid my bill, then smiled and said “God bless you brother.” He never knew the hard choice I had to make between food and other things that were pressing upon me at the time but I finally figured out years after I was out from under all that stress, that he had heard my conversation with my son. You never know the things you teach others about yourself just by watching how you walk. -NEO BLAQNESS