The Black Relationship Challenge in An Interracial World 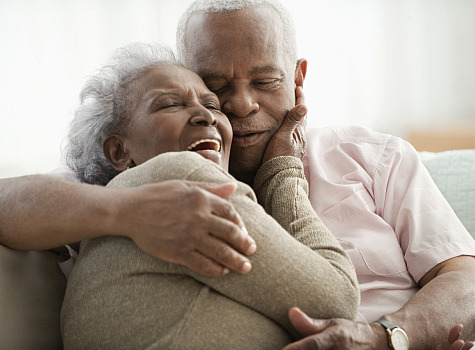 Working in any creative field, you live in a lot of different places. But I wasn’t quite prepared for the amount of black women in the midwest who have given up on black men to date white men exclusively. It used to make me mad but then I had to check myself because, in a way, I have been there too but for different reasons. As a boy, I fell in love with lots of sistahs in the hood but they didn’t know how to love a “white talking” hoodrat they had to carry dictionary to understand. So all my closest female friends throughout elementary school were white. My first lil girlfriend was actually Russian. I would ride my skateboard from the hood to visit because those were the only places that accepted me for who I was without teasing.

As the years went by, I was the brutha the sistahs came to cry to when the thugs they was dating did them wrong. I had more sistahs in my arms than you could imagine. I could have slept with any of them except for my sense of honor. Pretty soon even the thugs came to me about advice in trying to keep their girlfriends. But I was stuck with white girlfriends. I had only one black girl in high school who truly adored and understood me and when we found out we was cousins, we cried a whole semester. Much later in my life when the truth came out that my daddy wasn’t my daddy, I often wondered what might have been. But I soon found out that I was the token acceptable black friend for those white folk and the closer we got to graduation, the more racist their parents became because they ain’t want no n*ggah son in law or black babies.

My first real black girlfriend was in college. She was a Louisiana hoodrat who came to live with her daddy and stepmom. I went to school with her half sister who introduced me to her. They were from PG County MD where all the boogee gubment employee negros lived. LoL. Her daddy sent for her after the older thugs she was runnin with beat the mess out of her. So me and my roommate double dated and went to the movies. She wanted to sit in the back. No sooner than the lights dimmed she unzipped my pants and went down on me. I about screamed. My roommate looked back, grabbed his girl, we skipped the movie and went back to our dorm and it was some serious funk going on both sides of the room. That girl blew my mind. I was in love. My roommate teased us all day Sunday cuz we had to take turns giving her piggy back rides across campus cuz she couldn’t walk. What could I say, I ain’t never had no sistah like that. She would get off from work every Friday and spend the weekend on campus with me until school broke for the summer.

Her step-mom and dad were so happy she was dating me that they let me stay with them that summer instead of going home. Needless to say we found every corner to do it in every chance we could. Her father was a busy high level government employee and her step mother ran a home daycare. While I stayed with them, I took over a lot of the cooking, I told her daddy what parts to buy and I fixed everything around the house- even tore down the old shed he had been promising to do for years. He paid me for the work I did, left me with a set of keys for the other car, and when the daycare inspectors would show up, I would even pretend to be staff because she always took in more kids than she should have and me working on my education degree satisfied their extra staff requirements. It was the closest sense of being in a black family who absolutely accepted me that I had ever known before, or even up to this day. After all the ways my blackness was questioned in the hood and the racism I faced going out with white girls, I thought I finally found a home. Her dad wanted to take a trip down south to visit his mama. He rented a Ford Aerostar minivan- which was new back then. I was fascinated by that van. I thought of all the times we had to cram into a car and how many ways I could help others with a van like that. I didn’t know later in life I would be taking the seats out of my van to transport my brother dying of AIDS to the hospital because he could no longer afford an ambulance.

Her dad and I took turns driving. I said how much it would be great to have one for a family when she jumped in and said “I want a 2 seater. I ain’t thinking about no family”. My heart sank. I guess I couldn’t hide it because her dad and stepmom looked worried. That was when I knew I had gotten in too deep without asking the right questions. I was only 19 but I knew then that we didn’t want the same things. I also felt she was beginning to resent how much her family liked me. When we got down south it was wonderful. I remember sitting on the old country porch with her grandma complainin she ain’t seen grandad for hours and was getting mad. A few moments later this very slim dark man with a smile as white as day came shufflin down the road with a fist of handpicked wildflowers. He held them out with a grin. She took them from his hand and wouldn’t even look at him. So he walked in the house with a shrug and she giggled after the screen door shut. It was precious. I excused myself to go talk to him and we ended up sittin down peeling potatoes together. We ate dinner and we were tired and all went to bed.

I got up early the next morning and made the bed. Grandma was in the kitchen and I asked her for an iron. She was shocked. I ironed, got dressed and helped her with breakfast. By the time everyone got up to eat, grandma was braggin on me so bad askin when I was gonna marry her grand daughter. My girlfriend hardly spoke to me for the rest of the day. For the next few days there, you would have thought I was already married into the family but my girlfriend became more and more distant. After we made the trip back, I asked her father to take me home. Her stepmother broke down crying. Her sister later admitted that she knew her sister had only gone out with me because I was the type of dude her daddy wouldn’t complain about but they had hoped I would change her. And so there it was. I was the experiment once again.

For years her stepmother kept in touch. I even went to visit a few times because we had grown so close but it was just too painful. I continued to float back and forth between black and white relationships, but my heart was then and always has been in finding that kind of magic again from my own. I was simply ahead of my time for where I was from so I ended up dating much older black women for a time but I wanted a family. In a way, I understand exactly why so many black women have given up on black men because, based on my experience, I would have given up on black women except for these things:

I know where we came from and what we had to fight through.

I understand the madness and the mess it can create for generations.

I understand the mistakes that my parents made and the things they were able to do in spite of themselves.

And I know the love God has for me in spite of the wrong I do.

But mostly, I have learned that a sistahs’ heart speaks more clearly than what comes out of her mouth if you are willing to listen, and show her what love is. People don’t abandon ship just because they want to swim, but because they see no other choice. But my daddy taught me how to bail water.
-Neo Blaqness