A LETTER: The Lies Both Sides Tell 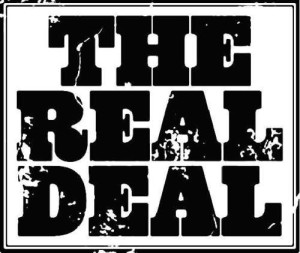 A CONVERSATION IN PASSING

Lady writes me complaining “Neo why is it so hard to find a man who ain’t just full of lies? I mean they step at you like they got it all together and as soon as you close you find out they just fake.”

And I replied “Yeah tell me about it I run into the same thing.”

Then she said “Wow you can’t tell me you run into that with just as many women.”

And I said “Yeah, case in point, I been through all your pictures and dudes be all over you about your beautiful hair but I ain’t seen one yet that is really yours so that tells me you basically define yourself by fakeness. Most the time I gotta look at a sistah sideways to try to figure out if she lying about her hair.”

Then she said “How you figure that to be the same as a guy who lies?”

I said “Well ain’t he defining himself by fakeness trying to impress you?”

To which she said “Dang Neo I guess if real recognize real then fake recognize fake…lol.”

I replied “You got it. Hey at least you heard me out. Most women catch a case when you start talking bout the doo. lol. I am just really big on embracing the loveliness of blackness. Show me a sweated out nappy head on the pillow after a night of love making and that’s a sistah I can be with for life.”

She said “I hit you up later Neo.”

I said “Cool, thanks for writing.”

She said “I already planned on taking my hair down tonite so I will post one when I’m done.”

I wrote “Oh that would be great cuz I thought I saw a roach last night. lol.”

She wrote “Oh Neo that was cold man… Dang!!! See you know you ain’t right for that. lol… But I still love you.”

I wrote “Yeah I warn people all the time don’t get me started cuz I can clown. But for real though. I am a believer in Karma. If you want to attract real, you got to know how to be real with yourself first. I can’t say every sistah is wrong all the time for getting a weave but when it gets to the point where now our own kids don’t even wear their own hair unless it is GOOD HAIR like somehow the hair god gave us aint no good, to me we got a problem with ourselves and I blame us men and not you ladies.”

She said “I see your point. If I had a good man and he said he didn’t find it attractive I guess I wouldn’t do it.”

I said “You shouldn’t change for no man. Change because you believe you are just as beautiful without it. But I know it helps when that is something you hear from people that matter to you just like it made a difference when black people stopped saying I was trying to be white just because I spoke well. Like you got to be ghetto to be black. I just don’t think you got to wear a weave to be beautiful that’s all.”

She said “Thanks for giving me something to think about Neo. You always do.”