A LETTER: Using Good Judgment When A Man Offers to Help 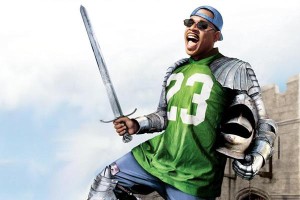 HEY NEO... I’ve never written you before but I read your posts all the time. I just have something to ask your opinion on. My first love found me again after 21 years. Seems like he has his life together. On my part…my transmission went out on my vehicle and then I lost my job right now. I informed him that I need to get myself together before I even think about getting serious with him again. He tells me that I carry myself like I have everything together. I just feel like right now…I only have my heart and love to offer…am I wrong for putting my love life on hold until I get back up on my feet? He’s willing to stick by me but I feel inadequate. ..

MY REPLY: Listen to your instinct and get yourself together. Never go into a relationship under the thumb of a man no matter how nice he is. The fact that you don’t act all flaky putting your business out on the street is a plus for you. But consider also that you say he SEEMS like he got his life together. That is an indication to me that there was a time when he didn’t. (You didn’t say how much of a factor that was in your breakup but you gals usually don’t bring something up unless there is history behind it).

You need to also understand that men are generally more macho and prideful than women and will let you assume they got it together and even outright lie so just like looks were deceiving when he checked you out, don’t think you know the whole truth about him either. Even a person living in a shelter looks like they got it together to a homeless crackhead.

My point is that you should wait until you get back to living up to your standards BEFORE you make the call on whether or not he really got it together because right now you are at a low point in your life and misery loves company and you might not find him to be good company once you get back on your feet. A lot of women find out the hard way that the guy they settled for when they were lonely, they can’t wait to get rid of once they let him in. You said HE found YOU. Just be careful of the timing and the motives.

If he gets pushy about wanting to move forward, then you already know that to be with him while you are weak puts him in a position of control he won’t give up willingly when you come out from under, if he ever lets you. The best thing for you to do is what you already know to do. Be on your grown woman. You will find out sooner rather than later, if he is on his or looking for an easy ride. -NEO