A LETTER: The Time of Rescue is Not The Time for Relationships 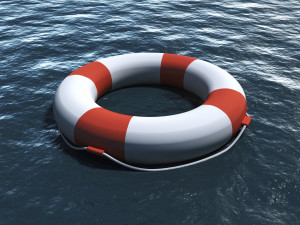 NEO, about the posts about getting into relationships when you down. Don’t you think sometimes God send people to help you? Is it wrong to give somebody a chance who nice enough to help you out? -Rashawn

MY REPLY: That’s the knight in shining armor fairy tale you women are taught from childhood to brainwash you into thinking it’s alright for a man to own you as long as he got money. But that ain’t God. I stand by my original answer.

I can’t think of a single time in my life where I was intimately involved with anyone I was “nice” to where I wasn’t burned in some kind of way. Don’t get me wrong, there is nothing a matter with doing something for someone, but whenever you become intimate with someone whose needs are greater than yours, other than maybe a serious medical condition in which case they really cannot help it, but someone whose choices have caused them to be in great need, this is the last person you need to be getting intimately involved with.

When power is that far out of balance, so is respect, not just from that person, but for yourself. The days of the little woman are over. I used to teach in my counseling classes that there is a reason that a lifeguard throws you a life ring. Because a panicked person can’t drown a life ring but they can drown YOU. I don’t care how strong a swimmer you are, you can’t drink that much water fighting somebody you trying to save. That’s also why the first thing a rescuer says when running into a situation by themselves is “Call 911”. That is for several reasons. In case the person don’t grab on to the life ring. In case the person drown. In case the person drown you. And in case you got to bust them upside the head in order to save them.

The time of rescue is not the time for relationships. Lawd knows I found that out the hard way and too many women find that out everyday trying to rescue men whose only problem is they don’t want the responsibility of being men because no woman has ever held them accountable and it started with their mama. It reminds me of the story when Ikea first opened in Baltimore. A woman found wandering around in the store what she thought was a small fluffy puppy or who knows what the heck she thought but she took it home. Turned out it was a HUGE Norwegian rat that had come off the ship with some of the cartons. This particular breed had a reputation for being vicious but it let her pick it up and take it home. Well she fed it and had no clue what it was until she came home from work one day and saw a bloody fur ball where her little kitty used to sit and her cute rescued animal was looking at her and licking its chops. Needless to say the cops were called and the story made the news. I was sitting in the living room with my father and he laughed saying “Ain’t that just like a woman.” The moral of the story is be careful of what you let eat your kitty. He might just be hungrier than you think. -NEO