A LETTER: Breaking The Covenant of Care 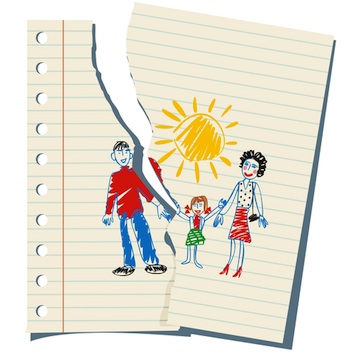 NEO, Just like everyone I’ve been through some things and just trying to move forward in life and trying to do right by my kids…your post about kids needing a father figure got me to asking was i selfish and did wrong by my kids….it hurts to think that but i have to wonder. The question is how to move forward when one party continues to bring up the past. I want what’s best for my children and that relationship was not it.

MY REPLY
You didn’t say who was to blame but it doesn’t matter. I think there is a fair amount of blame to share among both men and women. Both sides give up way too easily nowadays when kids are involved and it only perpetuates a cycle of brokenness. All we can do is learn from our mistakes. But I have since come to the conclusion that if a relationship was good enough to create life, the only morally acceptable reason to end that relationship is that it actually endangers life. And it is up to each person to justify that reason within their own spirit and conscience.

Even after the fact, as long as that person makes a healthy attempt to know their children, nothing in the past should keep that from happening because children are damaged by not knowing who they are through another parent whose DNA they carry. Far too often people let their personal feelings or the opinions of others block those relationships both ways. All I can say is that if God held us to the same standard of unforgiveness, there would have never been a Jesus Christ.

When someone is stuck in the mud, it is your responsibility to take the high road and simply deal with the person when their behavior is acceptable and let them know what you will not allow. After that, it is up to them. But when you are so hate filled or unforgiving of the same person you created a life with, you are also subconsciously sending a signal to that child that you hate that part of them too when you allow the past to block their relationship with that other parent. That child is asking themselves inside if you then can be really trusted to love them unconditionally when you exercise hatred or unforgiveness to the other half of their walking DNA.

What happens far too often in our community is we have unprotected sex for lustful reasons without consideration that a child needs the love and support of both the parents WHO ACTUALLY MADE THEM, then we decide after the fact that person is really not for us so we all keep trading mates until we get what we want- forget that we just totally screwed over a child for our own selfish reasons and then wonder why so many of our kids are so messed up.

I have adopted a new found respect for couples that actually stayed together for the kids and waited for them to grow up in order to move on with their lives or had their own separate agreement not to disgrace their kids with open affairs. But that, of course, requires both to agree to act like adults. Unfortunately, when you got babies raising babies, maturity gets dumbed down with each generation to the point where the once obvious truth, is covered by the bountifulness of acceptable selfish options. -NEO BLAQNESS