A LETTER: Break Up to Make Up 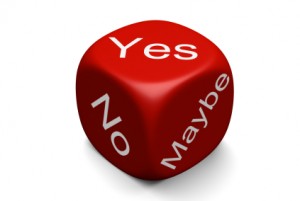 NEO, I have a question. I read alot of ur post n they r very interesting. I have a friend who is n a situation with her x. She still loves him but yet he doesnt tell her how he feels. They break up over a txt, but yet he still contacts her. She asks him their stats but he yets to tell her. Can u give me some advice to give her bcuzz ive tried to help her but she doesn’t wana listen. (name withheld in case friend is on here)

MY REPLY
You are dealing with two very insecure people. He is a man who struggles to commit and she is a woman who struggles to let go. This is very common in our community especially with those who did not have a strong father figure. I am not going to belittle this man because he is asking her questions that he should already know the answers to. He should know how he feels and he should know that the fact that she even continues to give him the time of day that she really cares about him. So this reply is not just for your friend, but to this man. I was blessed to have a strong father. Even though a mother can raise a good person, she cannot raise a boy to be a man. And I cannot tell your friend how to force this man to man up. I can only tell her how to make a man face himself instead of looking for answers to his manhood from a woman who is naturally inclined to mother him.

The first thing she needs to do is no matter how much it hurts her inside, she has to hold him to his word. Do not give him more words than he is willing to express. Do not give your heart in excess than he is willing to show.  A man must earn a woman’s faith in him. And that can only happen by him being consistent.  In the absence of words, a man’s consistency is the only way a woman knows her worth to him. If a man washes his car, changes the oil, puts gas in his tank, and buys sneakers more than he is able to express or show his love to you, he is unworthy of your loyalty.

Men are hunters by nature. We only respect that which we must earn. But we will take everything that you give us unless we have been taught honor by another man. In the absence of a man having this teaching, a woman MUST hold her emotions and hold her ground or expect to be abused.

On the other side of it. It is a father’s job to show his daughter what to expect of a man. When a woman grows up seeing her mother, aunts, sisters, and even grandmother catering to and doing everything to try to make a man stay, she begins to believe that is the way it is supposed to be. She accepts her dishonor as a way of life when surrounded by dishonorable men who have women who let them have their way. And that is the worst way to ever try to keep a man.

I am not advocating becoming bitchy or argumentative.  When you do that, you have given a man control over your emotions.  My best advice to your friend is to remain quiet. Measure her words by what he is willing to earn from her. Stop answering him unless he says something worthy of her time or focus. Also, I think that it is important for men to go back to the tradition of keeping men in check and in the absence of so many black fathers, those of us who have had fathers got our work cut out for us because it is even harder to find women who know how to deal with us. Even so, it means a lot that you came to me. I hope this helps. –NEO