A LETTER: A Mother’s Fear of Past Mistakes 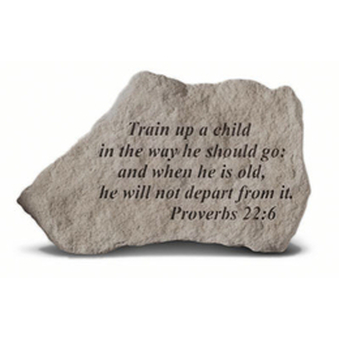 NEO, You are very good with breaking things down so that even an idiot can understand. I know that you are very busy so I will try to make this as simple as possible. I was wondering what would  you tell “your daughters” about men and the warning signs to look for when being approached by a young man. My daughter is 15 and her dad lives over 300 miles away. Her dad & I had the birds & bees talk with her together. I think that it went very well. But because her dad has not fully grown up to real man status & is not here for when she begins to date I need to know how to protect her from making the same mistakes that I made. Thank you!

MY REPY: If I could answer that question in the amount of space this article gives me to reply, I would be richer than Dr. Phil or have the biggest mega church in the world. Every child and every situation is different so there is no one right answer for you.

What I can tell you is that your children learn more from your actions than your words and they see more than you realize. When you compromise, you may see it as no big thing because they were too young to really understand but over time kids go back and look at things and come to their own immature conclusions about life, about you, and about your relationships.

Those conclusions normally determine how much credibility you have with them and how much they are willing to listen. If your kids reach their late teens to early 20s and you can still pull them aside and they are truly willing to hear you, then that means the way you ran your life in front of them, mistakes and all, they still found a reason to respect you by how you made it through life’s storms.

If they aren’t listening to you at that age, then either your actions or the interference of someone else has caused them to lose faith in you as a parent and you need to examine what it is because they won’t always tell you unless they are really mad and lashing out. Since so many single moms were babies when they had their kids, and still trying to find themselves while raising their children alone, it is perfectly normal to stop and ask yourself if you really did everything you could to prepare them for life and to avoid the mistakes you made.

As a man, what I tell daughters is quite different because I am a man and that is a different kind of relationship. This is really about you taking the time to teach the lessons you have learned- the good, the bad, and the ugly. Use your time with her to tell your daughter the things that fooled you when you were young and thought you knew what love was. Tell her the things you learned about fooling yourself and about the things that you learned that a man will do and what things you learned just not to accept from a man.

It would also help her a great deal to understand what happened between you and her father and not just in a bad way that points fingers. It is often the lies, secrets, and confusion surrounding parental relationships that mess up a child’s ability to know what is right for them in their own life. There is a scripture that says train up a child in the way they should go, and when they are old they will not depart from it. A better translation would be that if you train up a child to know right from wrong, including the wisdom learned from your own life, when they grow old, they can never deny that they were taught better even if they decide to go another way for you can never depart from the truth.  You can only deny it.

By sharing your truths, it increases the strength of her conscience which God can use to pull her back even when you feel like you have failed.  Loving mothers are the never ending echoes of God’s voice no matter where a child goes. You are the Sunday Morning and Wednesday Prayer services.  A child usually hears God through the heart of a mother. As long as your heart remains tied to His wisdom, though you may worry, both grace and correction does follow a child who cannot say they were never told. Continue to speak without fear, and allow grace to perfect the rest. –NEO