Unleashed- The Story Behind Neo Blaqness 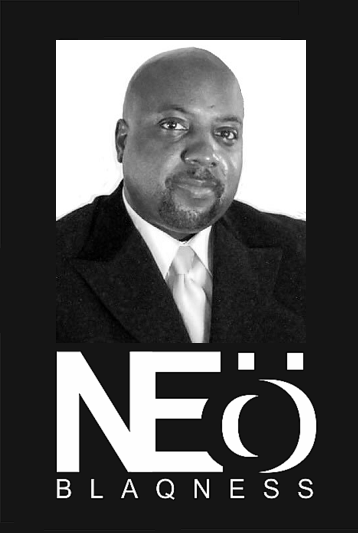 What do your people call you? I think I get that question a hundred times a week as though I am some stray dog without a leash or collar. So let me set the record straight once and for all. Upon the emancipation of slaves in the United States, former slaves were given a chance to go down to the local courthouse and decide what they wanted their last name to be. After nearly 500 years of having your heritage beat and raped out of you, what did you think would happen? Most of our ancestors chose the last name of the former slave master. It made even more sense if there was any yella Negros among them because that usually meant one of the men in the family raped a slave so the child was blood anyway.

I have friends who are black Muslim and I can say that there is about as big a difference between black Islam in America and Arabic Islam as there is between a black Baptist and a Jehovah’s Witness. People might read the same book but their reasoning is totally different. The tradition of black Muslims in this country was more about a liberation from white oppression and that included a changing of a name that they felt was a stain upon their freedom. And I really could not blame them because I feel the same way.

That is why I am all for the creative Afrocentric names that have come to exist in our community even though people  ignorant of our history want to clown them as ghetto. But I also felt that I should not have to embrace yet another people’s foreign faith and language to escape the stain of that history. That is why, even though I respect my black Muslim friends and their historic reasons, I could not join them there either.

To me, as former slaves, we are an enigmatic race with a blank slate capable of discerning the best out of all philosophies and world systems. As black people we know and understand the love, the perils, and the hypocrisy of Christianity and Islam. We know the merits and dangers of capitalism. We have lived the manipulation of all the systems upon us and we generally lean faithfully toward a middle ground where others who have never lived our kind of oppression want to label as unchristian or heretical or even socialist. But we like to call it being Godly and trying to do right by others.

That I reject my given name is not a slight against my parents or my ancestors, but a correction against an ingrained ignorance that I choose to no longer live under in the same way that Cassius Clay put aside the stain of his family name and did well to establish the legacy of another. A given name is only as honorable as the legacy of it’s origin. There are few mothers today who would give a child born of rape, the last name of the rapist. If there is to be any reconciliation of justice upon the past, I would call upon every legislature in America to offer a grace period over the next 10 years where any American born of slave descent can legally change their name without prejudice or cost. Where a person’s conscience would lead them to remain with what they have been given, let it be accepted among us also without prejudice. But, as for me, my process of shedding that stain is near its end, and anyone addressing me other than Neo from this day on, will get no answer. -Neo Blaqness