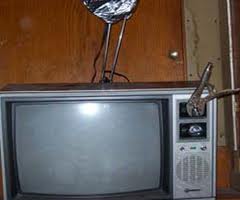 I was watching an old black show on TV today that I remembered sitting in the living room the very first time it came on many years ago and laughing so hard with my father. And it dawned on me how little things like laughter can teach you more about a person than anything else. I am the age now that he was when we first watched the show and it was interesting to see the humor through the eyes of his history and now mine. It made me understand the jokes in a whole new way.

What was sad was how much the same jokes apply today and that just made them not funny anymore. Not after Trayvon. Not after the attacks on civil rights and voting rights and what is said about this president that goes far beyond politics. Maybe my father could laugh back then because his generation needed to loosen up and learn to breathe easy after all the marches and assassinations and hate speech and unpopular wars.

A generation later we have gotten so hooked on laughing at the reruns that we forgot that our liberties are steady being assassinated, the hate speech is back stronger than ever, but they still don’t mind handing our sons and daughters guns to go do their dirty work in the name of protecting a freedom that nobody overseas is threatening any greater than what they are doing to us with their own legislation. I picked up my phone as if to call my dad to tell him what I had just thought about before my mind sobered to the thought that he has been gone for over 15 years now. His generation did their job. Now it’s time for us to do ours. -Neo Blaqness