A LETTER: The Case of The Hurry Up and Wait: When Exes Seem to Move On fast To Another Person 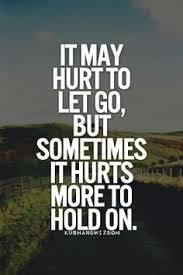 NEO, Hi love your page. Would love to get some advice from you.How can you get over someone whom you been with over 3 years? We meant here online and I losed him here. I had some issues with myself, and we agreed to be friends until I got myself together, but while I was doing that, he was getting to know someone else. Should I just let him go and move on or should I try to get him back? Or should i just forget about the whole thing. The fact is he moved on so quickly without healing and it made me feel worthless! Do you think it’s a good ideal for him and I to remain friends with each other?

MY REPLY
I know I gave you a few quick answers in your email but let me expand a little on what I told you. For whatever the personal reason was, it sounds like you made a wise choice to not get into a relationship in order to handle something you felt would be unfair to ask someone to go through with you. Just because he went on to get with somebody else does not make that decision wrong and I am not really sure if it made him wrong either. It don’t matter if you say you don’t want to put somebody through something or if they say they can’t deal with a situation, my point is that if somebody, for whatever reason, cannot walk through something with you, it is unrealistic to ask or expect them to wait for you or to hold them to a promise that was not wise for either of you to make. All you doing is asking each other to lie even if it is not intentional.

When these kind of situations come up, there is no way to tell how much time somebody is going to need and the best you both could do is promise to be honest with your feelings. I remember a situation when I was unwise enough to call myself having feelings for a woman who was going through a divorce but still lived with her husband who she felt sorry for even though he was a mama’s boy alcoholic crackhead she supported for over 20 years. That lasted about a quick minute until I realized that I was being asked to put my life on hold while she lived in the same house and still slept next to somebody she said she was in the middle of leaving.

There are just some things you cannot expect someone to commit to until after you get your act together. It doesn’t mean his feelings weren’t real. Just like my feelings were real. But sometimes you have to face the truer reality and that is a person’s needs don’t end just because you not in a position to meet them. Maybe he didn’t tell you the whole truth when he decided to move on with his life. Maybe he was scared to mess you up in the middle of what you were going through. That don’t really make it right but I can understand if that was the reason.

I know you want answers and he probably owes you some explanation but the bottom line is that he has moved on and you owe it to yourself to move on. Anything else would threaten the relationship he is in and you don’t want to come off as being a home-wrecker. Plus you could set yourself up to be manipulated and become “the other woman” by dealing with him in the emotionally vulnerable state you are in. If whatever you shared had any real meaning to him, you will get around to talking about it just like many years later, I am very good friends with the woman who did finally get out of that marriage and is happily remarried to a stable man. Sometimes that is just life with nobody meaning to hurt anybody. But regardless of how long it takes to get your answer, if it happens at all, be thankful that you had sense enough to work on you and that does not make you worthless. It has only increased your value in the eyes of the right person who is ready now that you are ready. Don’t ever doubt that you did good with this. He wasn’t ready for you either.