The Reality of Real Men 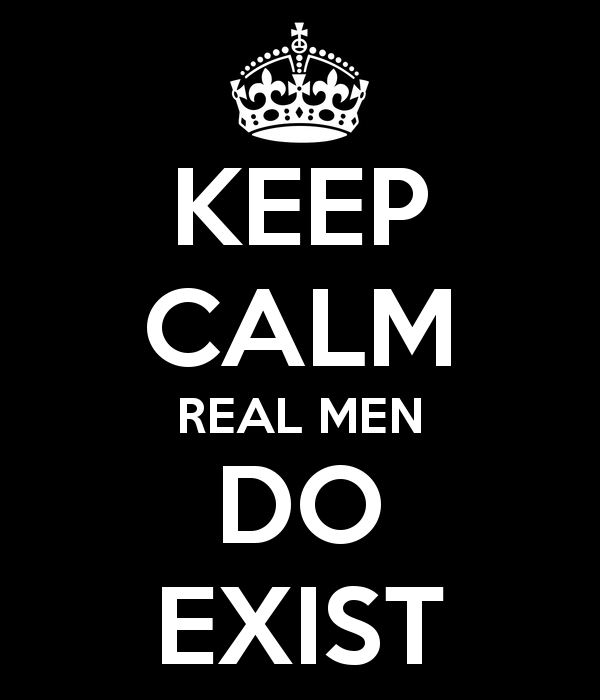 In my life I have had a lot of crazy things said to me by women. As a child, teased for talking white because I spoke well. Called gay for not jumping at the first chance to sleep with a female. Told I thought I was better than everybody for using my head instead of a gun. Even in adult life I am asked by women what is wrong when I don’t put a move on them the first moment we are alone.

So many women have their self esteem wrapped up in whether or not a man desires to have sex with them and how well they can put it on a man in bed. But if all of that really worked, we wouldn’t have so many single mothers. I have spent my whole life being called less than masculine for being a gentleman and that makes me sad. Not sad for me, but for who we are as a people that our women are growing up with no example of respectful men to show them to expect more for themselves.

And yet these same women keep posting on their profiles that they want a real man but really have no experience to know one when he is standing right in front of her. I have found that a lot of women want a pit bull they can pet and control. But history has already spoken that you roll the dice trying to control that breed. And regardless of how many kids get chewed up, we still think its a cool statement to keep the breed as a domestic pet.

That is the same way a lot of women choose their men, call themselves bitches, and have litters just waiting for the “dog catcher” to take to the pen or “put down” for the protection of society. The real difficulty about being a man who understands all this is that I am old skool when it comes to parenting. That means rules and enforcement and followup and punishment and even whoop ass when necessary but all in the name of love and discipline.

A healthy fear of my life from my father did wonders for six children. But that doesn’t work when you trying to be your kid’s “friend” and you trying to give them everything you didn’t have and spoiling them in the process. By the time you realize what you have done, you have run the “real man” out of your life and your kids have been suspended and in custody more times than you can count. I’m not talking about the men that needed to be gotten rid of, but the ones you never let be a real man. There’s an old saying, always a bridesmaid but never a bride. Far too often “real men” end up being the “Clean Up Woman” in a family where a woman has finally come to her senses, and far less often is it the original baby daddy. The best that I try to give on any day, is a chance for any child to know the true love and concern of a male figure. Letting your personal pains stand between a child and a parent will only hurt everybody in the long run.