Understanding The Emotional Creature Within 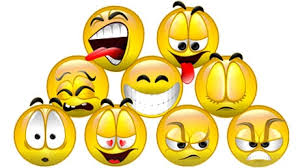 I understand that women are emotional and those who actually know me will tell you I am a very passionate man. I feel deeply for my friends and I give of myself easily. But they will also tell you that I am very practical. I do not allow my emotions to rule me to the point of saying what I do not mean. And for that reason I am very careful about not saying things in anger to those that I love.

In an emotional battle, no one ever wins. The problem with being drunk with emotion is you seldom can recall what you actually said and how you said it. You only hear what you meant to say in your head and you don’t understand why someone is responding like you said something wrong. A drunk person usually has no idea why they got hauled off to jail until they see the video.

My father had an alcoholic brother who was still at home in his late 30’s. When he would get drunk and piss off my father, my grandmother would never let my father hit him no matter how outrageous his behavior got. They simply put him to bed. My father would wait til he sobered up the next day, and then deck him. lol

Of my friends who are even on my page here, they will tell you, I will put a conversation to bed before I get into an emotional battle- especially with a woman because a woman does not want to hear logic or facts when she wants a fight and a wise man knows not to allow emotional provoking to bait him into being less than loving. I will go silent in a heartbeat- for as long as necessary for someone to listen to them self instead of looking for a reason to blame someone else for their behavior. Sometimes you have to remove yourself from being the obstacle of change.

I do this is because I usually know all the reasons for someone’s behavior even before the other person calms down enough to figure it out and if I chose to respond in anger, I could do a lot of damage with words because trying to logically tell someone why they are mad only makes them madder. So I take the name calling, the accusations, and the verbal abuse for as long as necessary to kindly but directly end the conversation; which, for a man, is the most respectful and merciful thing to do.

I have a few friends who have contacted me lately who are going through this very thing, some with men, others with women. I had a taste of it recently myself. Oh hell, I’m always being blamed for pissing off somebody. But you know it all comes with the territory of loving and caring.

I had a friend who pissed me off so bad that we didn’t talk for close to six months. She had a lot going on in her life and really wasn’t trying to hear what I was trying to tell her. I’m sure she thought I would never call her again. But, as I tell anyone who becomes a part of my heart, we are family no matter what happens.

It so happened that one evening some six months later my spirit was disturbed. It was a Sunday night and I was writing. Her name clearly spoke to my ears. So I stopped what I was doing and looked through my old records and called her. She was shocked to hear my voice.

She made small talk for about 10 minutes before I stopped her and said “look my spirit didn’t tell me to call you out of the blue for nothing. What the hell is going on?”

She broke down and cried telling me she was stranded at a remote train station out of state with her cell phone battery dying and had lost her debit card, it was getting dark, and the last train had come and gone while she was talking to me. Her eyes were swollen from crying, she had no way of getting home, mosquitoes were eating her alive, and there was no shelter in site. All she saw was a taxicab driver who was driving back and forth from town looking for fares and she had no money. She couldn’t even get to a Western Union if her family had money to send.

I told her to cut off the phone and save her battery and turn it back on in 20 minutes. I prayed about what to do. Then I looked up the nearest town and called one of the three cab companies listed. I had seen online that there was another train at the state line and if she could get to it, she could make it home.

As I was explaining to the dispatcher the situation she was already aware of it because the driver had called in concerned about her. It was the same company. She got on the phone with the owner who agreed to over-bill my credit card for enough money to get her to the next train station, and then give her enough cash to make it the rest of the way home. They should have said no because it was a risky thing to do without knowing if the card was stolen and no one could sign a receipt. But they agreed.

This woman wasn’t my girlfriend. She was and still is, a friend. The way we actually met was that she lost her job during the financial crisis and we had a conversation online and I gave her part time work until she found work. It wasn’t much money but I also paid for her transportation and food and she had some peace of mind while job hunting.

My point is that you never know why you meet someone. All you can do is try your best to do right by them despite your own troubles or weaknesses. I have been stabbed by more people than have actually appreciated that I really don’t have to do anything but live my life. That is why it is never worth getting into an emotional battle with anyone. I don’t have anything to prove. Not because of who I am or what I got, but because of who I belong to. I am a child of the Creator first and I let His light in me speak on my behalf.

My friends will tell you that my practical and logical side makes them want to wring my neck half the time. The other half of the time, they wonder what they would do without it. But that is the substance of true friendship- a title I don’t give to just anybody. For the ones who have it, they know how priceless and precious they are to me and I am equally blessed by their presence in my life. Most friendships end because of unforgivable words spoken in anger- something I will not do, nor give someone the rope to hang us on. Anytime I go silent, it is always, always, out of love.