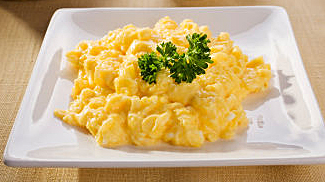 When I was a boy, I used to visit my father every weekend I could after my parents divorced. They married very young but remained very close friends even though they got into other relationships. Both sides of the family had history that couldn’t be broken by a divorce so it wasn’t unusual to see both my parents and their new spouses at events on either side of the family.

Anyway, mamma being a 14 year old bride and barely 40 as I was the last of six kids finishing up high school, most people thought she was an older sister. Heck she played double dutch with the girls on the street when we were growing up in the hood. So it was no surprise that when she was free to date for the first time in her life, and with all of us grown and pretty much independent, she went for broke- we hardly saw her except Food Stamp time when we needed to go shopping.

Not one for wanting to settle for eating prepackaged food, I learned to cook. I experimented with all the things I liked that she used to cook and I took every opportunity to watch my grandmother who I also visited each weekend with my father. From there I took notice of every cooking show on TV. There was no cooking channel. We didn’t have cable. I had to settle for whatever came on public television. But I watched and learned,very well. Pretty soon I was taking the best of my mammas and grandmamas recipes to new levels.

One weekend I went to visit my father. Mind you it was a five mile ride on my bike that I would sometimes have to do on skateboard when my brother stole my bike for one of his friends to ride. Daddy only knew I was coming when he showed up from work and I would be sitting outside his apartment door. All he would do is smile and open the door. Of all the children, I was the only one who ever did this. Ironically, I would find out later as an adult, that I wasn’t even his but it never stopped him from greeting me with joy even when he had no obligation.