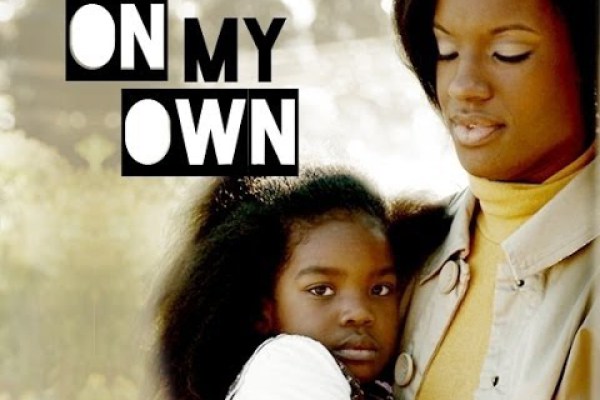 From the movie ON MY OWN

My mother got pregnant, dropped out of school, and married at age 14 to an 18 year old mama’s boy. By age 23 she had me- her sixth child. She was a baby raising babies in the projects on food stamps with the help of her parents and her husband’s parents who made both of them stay together even though he creeped out on her and made a baby and she later creeped out on him and came back pregnant with me.

He manned up and grew into fatherhood. Everybody knew the secret except me but every bit of discipline and toughness I have is because he was a real father. They waited til I was 12 and got divorced when I was in junior high school and my mother ended up in an even rougher project just as crack was taking over with all of us except the oldest. We spent most of our life without a car, without a phone, no a/c and scrounged for enough money for the bus.

We did a lot of walking. She was still so young looking everybody thought she was my older sister but she stayed a lady even though she coulda got anything she wanted from a man using her body. She worked three jobs as a cashier, a crossing guard, and cleaning offices. We took turns helping her. She was in her 30’s when she started driving and didn’t get her GED until we were old enough to help her with her homework.

We all graduated high school. We all moved out and got our own places. None of us in the hood or on Section 8. None us have served time. She stayed on us, prayed us through those times in the hood, and she and my father stayed parents because the grandparents demanded they work together. I just want you to know where I come from and what I see in the hurt and the stress of a lot of you on my friends list. I lived it with my mama. I saw my friends’ mamas live it when they got shot or overdosed or put away.

That is why my heart is always there for a hood mama struggling to do right. I step in because that is what my father did even though he wasn’t my father and they were divorced. I give because even though we had little to nothing ourselves, my mother never turned a hungry mouth away from our table. I look at the young faces online today with babies and my own kids when they were the same age that she got married, and it makes me think how terrifying it must have been to have to be an adult with so many kids at such a young age hoping to do it right when you ain’t even lived life yourself.

There is a lot I learned to look back and forgive when I became an adult dealing with a 14 year old. My parents were not perfect, but I have to be proud of what they did despite their own faults. And if I can be a product of that kind of situation, it is never too late for any mother to turn it around for herself or her kids. Yeah yall piss me off on some days when I see you not doing what you should, but it is only because I love you that I get so mad and jump on your case. When I see your kids, I see the future me. And I want them to have a fair chance. It ain’t about being perfect, but you can’t ever stop trying to do right. -Neo Blaqness