Legend of a Pen Pal Pervert 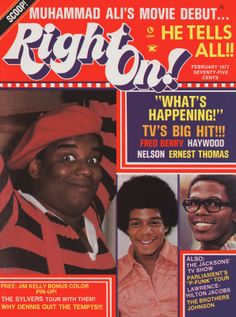 I don’t know if any of you recall but back in the day there was a magazine called “Right On” that was geared toward black teens. The magazine ran from 1971 until finally folding in 2011.

One of the cool features of the magazine was a pen pal section where teens could put in their age and general information and write each other through the magazine before directly contacting each other afterward.

This was long before home computers or the Internet. In fact, in our apartment building only one neighbor had a phone and everybody gave her a dime to use it. It was either that or the neighborhood telephone booth. Back then if the school or the doctor or your job or if you were looking for a job and they called, every kid knew who lived in what apartment and the phone would hang off the hook while somebody ran to get you. I know it sounds strange but that was the hood back in the day before drug traffic totally took over all the phone booths.

So you can imagine that the pen-pal thing was our poor man’s Internet that allowed us to get to know people from different places. I was still a few years shy of 12, maybe nine or ten years old when I borrowed somebody’s copy of Right On Magazine and read about Lashawn in Detroit. That;s what I will call her because I don’t exactly recall but it was La something. Anyway, I didn’t know anything about Detroit except that was where Motown was but Lashawn was my age and, even without a picture and nothing more than her first name, her age, and a few words about her hobbies, I was as in love as Charlie Brown was with the little red headed girl. I simply had to write Lashawn.

I asked my mother to borrow a stamp and I got to work on my masterpiece with my fat lined school paper and freshly sharpened pencil. Much of what you read in my poems and my books didn’t just happen overnight. I was just as deep way back in the day. So deep that my little letter turned into three pages. Since nobody in the hood around me seemed to appreciate the little kid they thought talked like a white boy, I saw my chance to find romance in a foreign land. Well Detroit might as well been another country to me.

I carefully ripped open the letter and turned it upside down to remove the pages as confetti hit the floor. Peering closely, it appeared to be my pages and the envelope they were mailed in torn to bits. What was left in the envelope was a single unlined sheet of paper that read as follows: “LOOK OLD PERVERT, THIS IS LASHAWN’S DADDY. IF YOU EVER WRITE MY BABY AGAIN I WILL CALL THE POLICE.”

Thus ending my imagined romance with Lashawn. I was crushed then. But looking back I have to simply laugh. That poor father could have never imagined a broke ass ghetto boy sending such a letter. So Lashawn from Detroit, if your daddy ever freaked out about your penpal somewhere between 1976 and 1977, it was only me. The very first poem I ever wrote to a girl was to you. I’m sure you probably didn’t think much about it at the time, but from a simple spark in a magazine of now bygone days, you ignited the flame of Blaqness. And now you know the other side of the story.