Fatherhood Stories: Of Sons and Gods 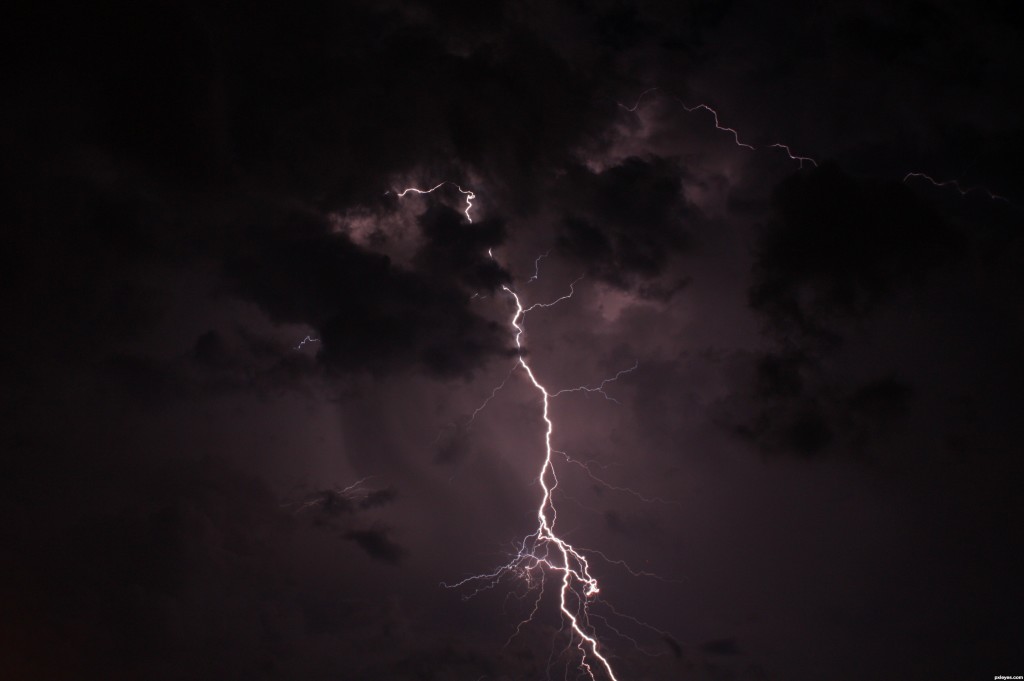 One of the great things about living in the inner city of Baltimore was the row homes with the boilers and front stoops. I always loved old homes with radiated heat and just the character of a nearly hundred year old house that was obviously built to last. The front sitting rooms with the bay windows and sliding pocket door for privacy, the wood floors, the high ceilings, and the interior shutters you could close to block out the light.

Well one night it got to storming pretty bad as the kids were going to bed. My eldest son (from the toboggan story) was maybe a year older and the kids were afraid of the storm. The way we handled fear as parents was to face it head on by giving answers the children could understand in their own way. So when my son asked what was all that noise, I simply told him that it was God so there was no need to be afraid. I told him God sometimes makes that noise in order for it to rain and the lightening can sometimes help plants to grow.

No longer afraid, the little bugger raised an eyebrow. He learned that from watching Buzz Lightyear and had perfected it. Then in a very irritated tone said, “but I need to sleep.” Well, me not thinking I simply said, “then I guess that is between you and God” as I tucked him in and left the room.

Going down the long hallway to my room I got into bed. Each time there was thunder and lightening my son would growl in anger and my wife and I would quietly laugh. Well after about the 5th thunder we heard these stomps on the floor so I raced down the hallway to see what was up just in time to see my son angrily swing open the interior window shutters, standing on a chair in his onesie pajamas, fist balled in one hand, his finger pointing with the other as he yelled at the top of his lungs, “NOW GOD!!! I ALREADY TOLD YOU. YOU BETTER STOP ALL THAT NOISE OR IMMA TELL MY DADDY!!” He slammed the shutters and stomped back to bed, as I tip toed away from the window not wishing to be anywhere near God’s reply.” ~Neo Blaqness~