You Can’t Delete The Truth 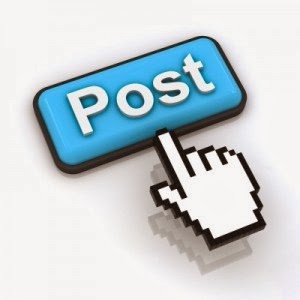 STOP. THINK. Are the things you are saying and the pictures you are posting online stuff that you would be proud to have your children or their children see? Because, chances are, when you finally grow up enough to stop playing games, somebody somewhere will still have everything saved that you did on here. Nothing EVER goes away online. I mean NEVER.

Long after you thought you got over something stupid and erased it, it is stored somewhere by somebody waiting for the day you are THIS CLOSE to becoming somebody so it can ruin your dreams. It could be a job. It could be that person you been waiting for your whole life. It could be a leadership position. The difference between the dumb stuff I did in my teens and early twenties and today is that the majority of my stupidity will die with the people I hung around with.

With the Internet and digital cameras and camera phones the reputation you get right now will follow you til you die and then still live on with your kids and grandkids. My father once told me something in his own words that I will share with you my own way. When you are young you are going to make mistakes. That is part of being young and thinking you know everything and that you are superman and believing you will live forever. A lot of that can be forgiven as time goes by as long as there is no long history to it.

But when you have spent a long time giving people a lot of dirt on you and you finally grow out of it, the best way to handle yourself when there are people who hold on to reasons to speak bad of you, is to live your life in such a way that no one else will believe it. I have been online long enough now to see some people go from bad to worse, and I have seen some people actually grow up and straighten up their act. I remember what their profile looked like even 5 years ago. Some of them I even have a copy of their profile from a while back and the last thing they would want anybody to see is what they used to be like. We can laugh about it because we are friends. But not everybody is your friend.

There are people on these sites who grab your ass out pictures create whole websites using your private pictures without your permission and you have no idea what they are saying about you under those pictures. And just like those silly Internet Rumors about axe murderers yall keep passing around that I have been seeing since AOL was only dial up, that is how much your stuff gets passed around. All I am saying is, you been told. ~Neo Blaqness~