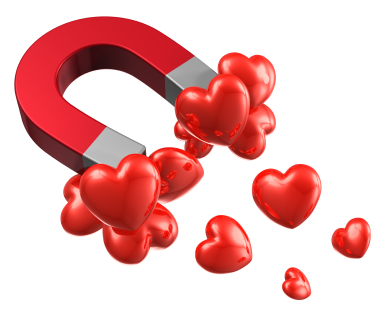 I RECENTLY HAD SEVERAL WOMEN APOLOGIZE FOR COMING OFF PUSHY AND I WANTED TO SHARE SOME OF THE THINGS I SAID TO THEM ABOUT IT.

I appreciate your apology. I generally connect with people quite well and many times because it is rare for them to feel that comfortable so easily communicating with a male, they mistake it for romance when it is just two adults being real for a change. Since that kind of connection is becoming more and more rare these days, I see why it’s easy to want to pursue it. You got to understand that being a man who brings it real, I get more than a handful of women everyday who have absolutely convinced them self with no help from me, that God must have sent me to them.

It happens from a simple conversation or from something they read that I wrote, or when I come off stage from a concert. I deal with this kind of thing a lot. And yeah it breaks my heart because women get mad at me for the lines I draw instead of taking advantage of the sincere need to feel loved that we all have. Only if I know it is not going to be the way that a woman truly wants it to be between me and her, I will not lead her on. And that is why friendship is often so difficult between men and women.

But going back to the God thing. In a sense they are right. God does send us to each other, but not in the mysterious way people think. There is a scripture people always get twisted that says whatever you bind on earth is bound in heaven and whatever is bound in heaven is already bound on earth. What that simply means is that when the universe was made, things like fire, water, electricity, gravity, and all the things around us had rules as to how they would be no matter where they were. That is why when we study chemistry and atoms and molecules we learn that those properties were already bound in heaven long before we were born. And also why understanding gravity we can send a rocket millions of miles away.

A magnet, for example has properties that are bound to it so that when it gets close enough to metal, it will pull metal to it or fall toward the metal and stick to it. But when it comes across another magnet with the same polarity, they will push away from each other. That is how we get the saying that opposites attract. What that is really saying is that people are normally attracted to people they feel they can grow with or learn something from. That is not God reaching down and bringing specific people together, but really as we grow, there are properties to wisdom that have been bound in heaven since before we were born and as we make choices, we draw to us things both positive and negative according to those choices. That is why people tend to change half their friends every 7 or so years. The polarity of their life changes with each leap of wisdom. As such, we draw to us the people we are ready to receive.

So, yes, it is true that these types of attractions are deep and strong by design. But what we do with them is a choice that we can’t throw on God who is not a respecter of persons. The problem is that too many people mistake this natural bond with God telling them somebody is for them and become pushy or they can’t stop sleeping with whoever they feel that bond with. Taking that bond to the level of a loving commitment is a choice that requires both people to agree but also respect if one says no. Finding someone you can talk to is nothing more than a sign that the universe is working the way God intended it. The rest is up to our choices. -Neo Blaqness